Baldwin the Bug and friends

Along with nearly each post I publish there is an illustration of a micro-organism doing the activity the post is about. This page will be the collected illustrations. The illustrator is Mark W. Slater. Find him and his awesome work at: http://naturallinestudio.com/

I have nicknamed the main character Baldwin the Bug. The meaning of Baldwin is "brave, friend, protector" which though very anthropomorphic is rather appropriate. As the blog continues I hope to give Baldwin some friends. 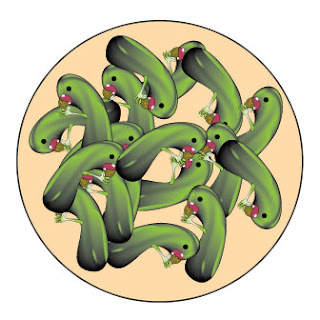 This is from the first blog, December 2012 - Bacteria and the Environment. Baldwin and all his identical friends are hanging out in the petridish, having a go at eating some delicious biodegradable plastic. 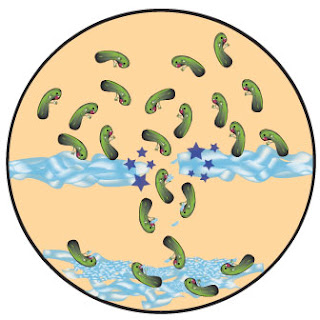 Here is Baldwin with his identical friends, chewing their way, rather slowly through biodegradeable plastic from  January 2013 - Microbial degradation of plastics. 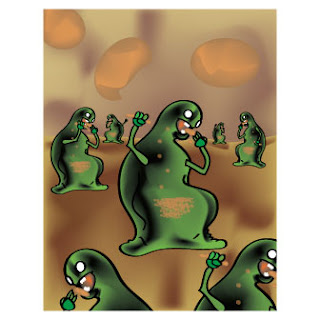 Baldwin evolves - here he is eating out biodegradeable discards. 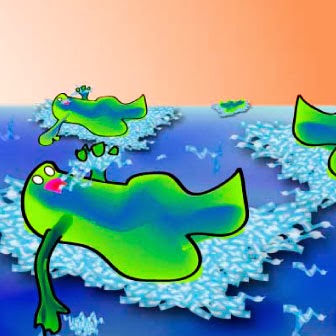 You might think Baldwin is on vacation here but its a working vacation, trying to make a miniscule dent in the feast of ocean plastic we through his way. 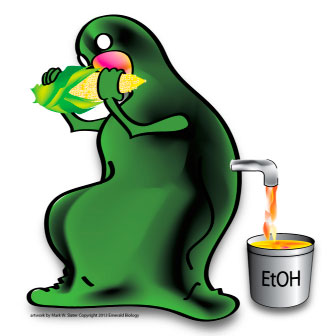 Chew some corn, get some alcohol - who wouldn't want to be able to brew their own!! Baldwin does it with finesse!